The Reasoning Test is conducted to check the Basic IQ of the candidate. There are generally three sets of Questions of about 40-50 Questions each. A candidate gets around 30 seconds to solve each question. The level of question is average but time is a constraint for which the candidate has to learn some Short Cut Techniques. Generally the type of questions asked are listed below:

Directions – In each of the following questions, five words have been given, out of which four are alike in some manner, while the fifth one is different. Choose out the odd one.

Directions: In each of the following questions, five words are given. Which of them will come in the middle if all of them are arranged alphabetically as in a dictionary?

2. Pointing to a boy in the photograph, Reena said, “He is the only son of the only child of my grandfather.” How Reena is related to that boy?

Directions: Find out the proper image of given figure from the answer alternatives

2. If each of the letters in the English alphabet is assigned odd numerical value beginning A=1, B=3 and so on, what will be the total value of the letters of the word INDIAN?

Directions: In each of the following questions, various terms of an alphabet series are given with one or more terms missing as shown by (?). Choose the missing terms out of the given alternatives.

Directions : In each of the following questions, a letter-number series is given with one or more terms missing as shown by (?), choose the missing term out of the given alternatives. 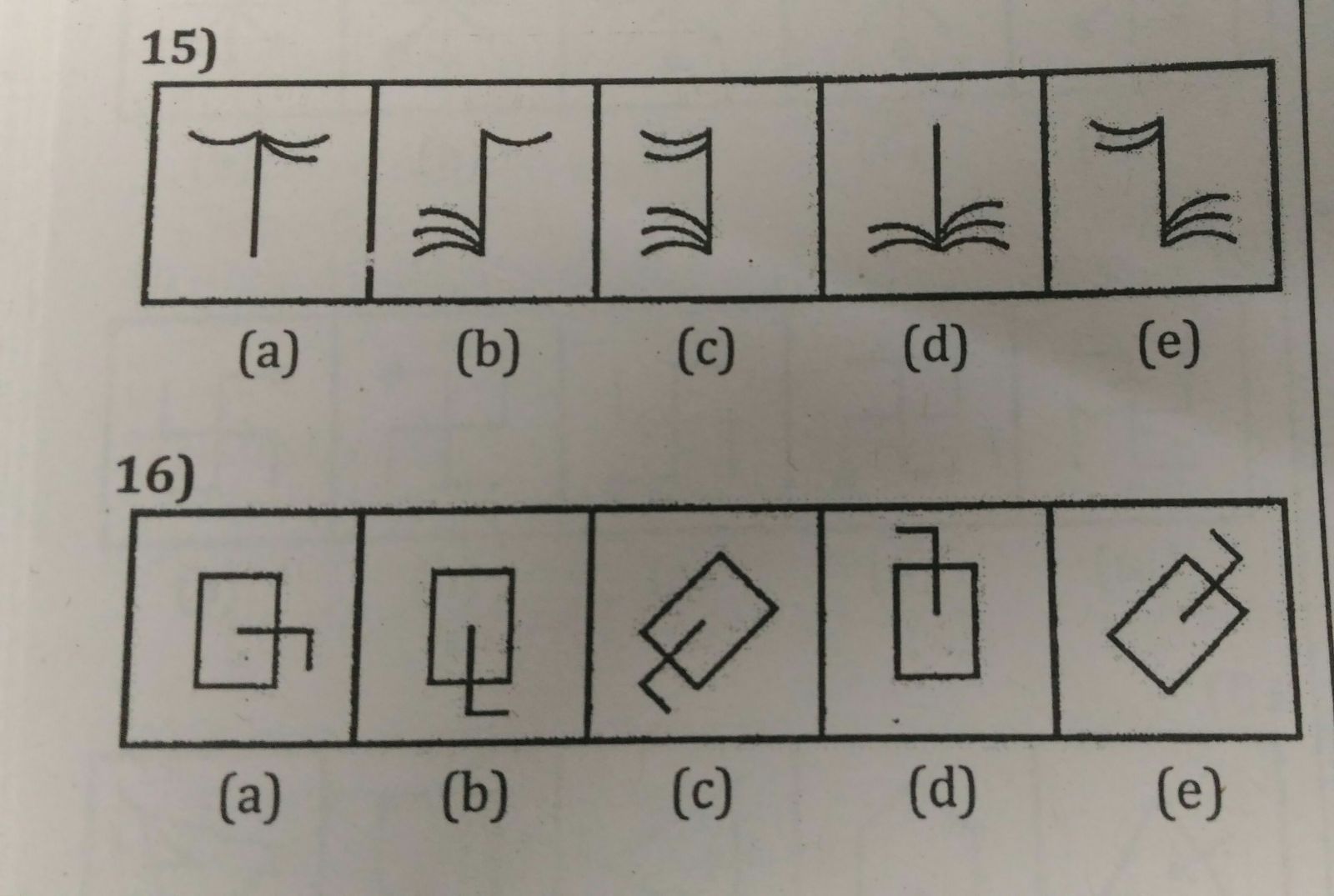 Spotting out the embedded figure